Notice: Trying to access array offset on value of type bool in /home/nscaero/public_html/wp-content/themes/tillamook-design/functions/theme-functions.php on line 1172

Notice: Trying to access array offset on value of type bool in /home/nscaero/public_html/wp-content/themes/tillamook-design/functions/theme-functions.php on line 1177


Notice: Trying to access array offset on value of type bool in /home/nscaero/public_html/wp-content/themes/tillamook-design/functions/theme-functions.php on line 1172

Notice: Trying to access array offset on value of type bool in /home/nscaero/public_html/wp-content/themes/tillamook-design/functions/theme-functions.php on line 1177

Tillamook, OR – Near Space Corporation (NSC) is pleased to announce that Kevin Tucker is joining the leadership team.  Tim Lachenmeier is transitioning to CEO, with Kevin taking on operations as the company President.  Now in our 25th year, NSC is growing and continually taking on new challenges.  Kevin joins the company to bring extensive operational experience and business leadership, complementing Tim and allowing the company to broaden its reach in several of our rapidly expanding markets.

Kevin previously was with FLIR Systems, Inc., where he served for more than twenty-two years in a variety of leadership positions.  He most recently was the General Manager of FLIR’s Surveillance Division, where he was responsible for all aspects of the division’s business development, marketing, product development, production, and customer support.  The division was a team of more than 1000 persons, in multiple US and international locations.  Prior to that, Kevin was the General Manager of FLIR’s Boston Operations.

Kevin’s career began in the US Army.  Growing up in Tigard, Oregon, Kevin attended the US Military Academy at West Point, graduating with a degree in Mechanical Engineering and Optical Physics.  In the Army, Kevin served in leadership positions including unit commander and joint fire support operations instructor.  His experience included multiple deployments and leading soldiers in combat operations.

NSC is supporting and delivering on multiple major aerospace projects involving commercial space and unmanned autonomous systems, most of which are confidential.  The team’s legacy and professional expertise with high altitude flight test operations has been significant for completing critical test efforts with Boeing’s Starliner capsule, where a representative test article is lifted to relative near-space altitudes and released to provide validation data of the recovery system design and performance. 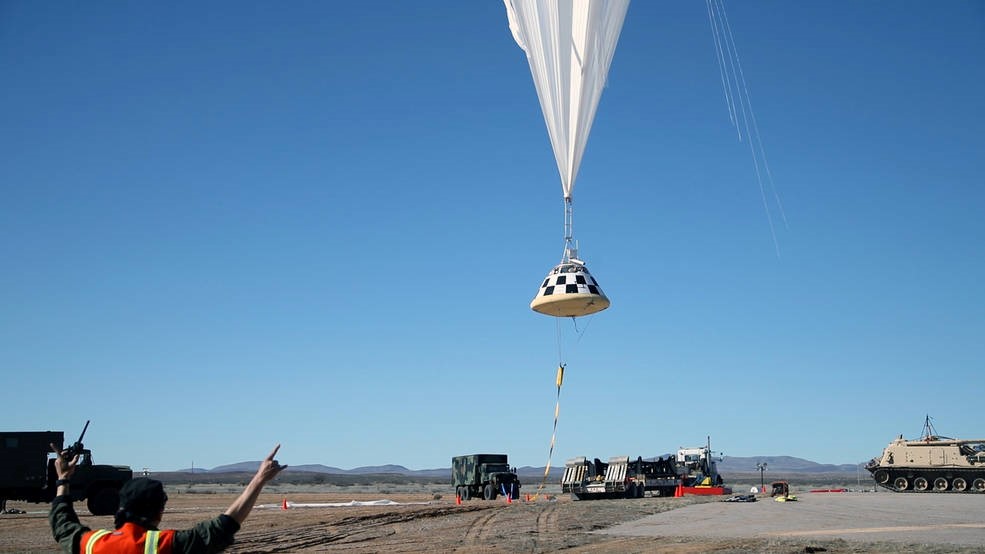 In addition, NSC is continuing to expand our UAS flight test operations at our Tillamook UAS Test Range, one of the FAA designated UAS test ranges, that has been in continuous operations since 2001.   The NSC Tillamook UAS Test Range has not only the ability to support local low altitude UAS testing at our instrumented range, but provides beyond visual line of sight (BVLOS) and extremely high altitude UAS testing for over 18 years.  With our unique advantage of being located on the Oregon Coast and the diverse terrain in the usable airspace area, we will begin focusing increasing efforts on Emergency Management, Public Safety, as well as littoral and over ocean operations.

“We are extremely pleased to welcome Kevin to our team.” says NSC founder, Tim Lachenmeier.  “He brings leadership skills and market knowledge that will enable us to continue to improve on execution of our existing programs and do even more in our rapidly expanding space and UAS markets.”