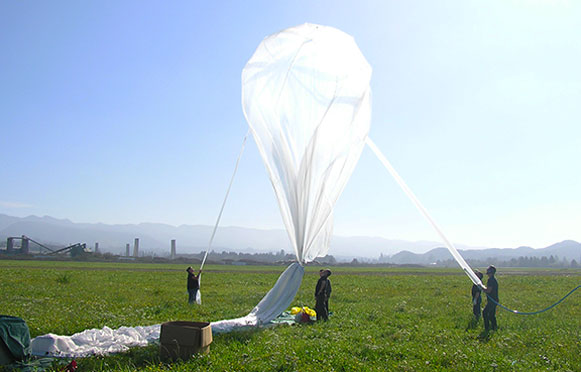 The Johnson Near Space Center, located at the uncontrolled Tillamook Airport on the Oregon coast, first began operation in the spring of 2013. The center was custom designed to facilitate NSC’s high altitude balloon flight testing that it conducted for both government and commercial entities. The state of the art balloon facility houses NSC’s engineering, production and flight operations, and includes a large integration hangar and dedicated control tower, as well as a 100 acre launch area.

The combined operations of the Johnson Near Space Center and Tillamook UAS Test Range offers a truly unique state of the art flight test facility, instrumented range, access to a wide array of testing environments, professional range support, and the ability to provide expedited flight approvals for testing of unmanned technologies.

Though NSC has been performing balloon and UAS operations from Tillamook for customers such as NASA for almost 20 years, this major upgrade will allow NSC to offer a truly unique flight test environment and dramatically increase our capability and capacity to support new commercial customers. In addition to our past emphasis on high altitude flight testing, we are establishing the Tillamook UAS Test Range as a center of excellence supporting testing and training with unmanned technologies for Disaster Response and Public Safety applications.

For more information about Near Space Corporation, the Johnson Near Space Center and the Tillamook UAS Test Range, please see the attached flyers, visit https://www.nsc.aero, or contact Near Space at info@nsc.aero / 503.842.1990 You can also follow NSC on Twitter at #space@1g